The Breast Cancer Survivors Calendar project comes from two sources. The form of it was inspired by the 2003 Calendar Girls. There a group of English housewives made the decision to pose for nude photos which were later made into a calendar. The income of the sale of the calendar was donated to an association dedicated to research to fight leukaemia.

The seed of the idea for my calendar was planted when at the age of 21, I had an accident. My body, including one breast, was covered with scars. It was at this moment that, while observing my breast in a mirror, I was wondering how it would be like if cancer would take away a whole breast or even both of them. Would a partial or full mastectomy also deprive one of femininity if it happened? - I asked myself. Many years later working with the BCS Calendar, I decided to show that it did not take away one's femininity. Models facing my lens were very feminine indeed with female beauty pulsating from them, in spite of the asymmetry of their bodies. They were full of womanly energy, power and determination, still being warm, delicate, motherly and caring. Their femininity manifested itself in every pose and their bodies were beautiful, even with only one breast. My intention was to show the public such images of a women that differ greatly from the omnipresent model ideal. I strongly believe that femininity is beautiful in it's nature, whether it takes the form of a long-legged blonde with both breasts or a playful tubby brunette with only one.

The project was created in co-operation with Wrocław BCS' Association Femina - Fenix.
The graphic design of the calendar was made by Adam Pękalski. 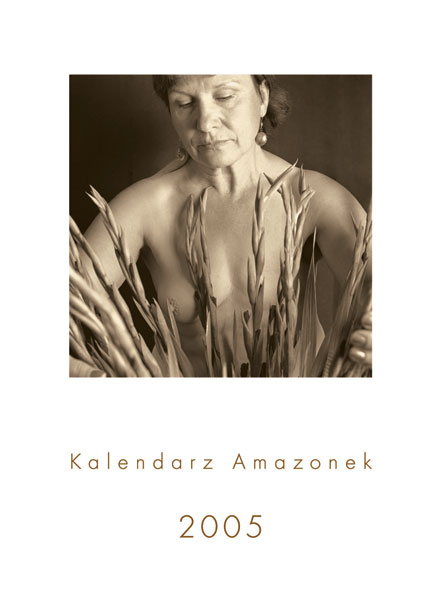 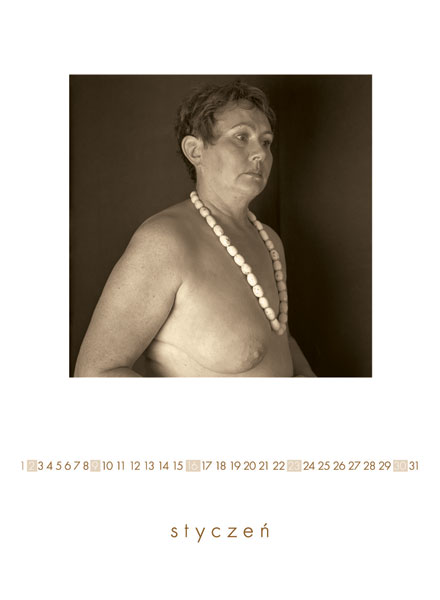 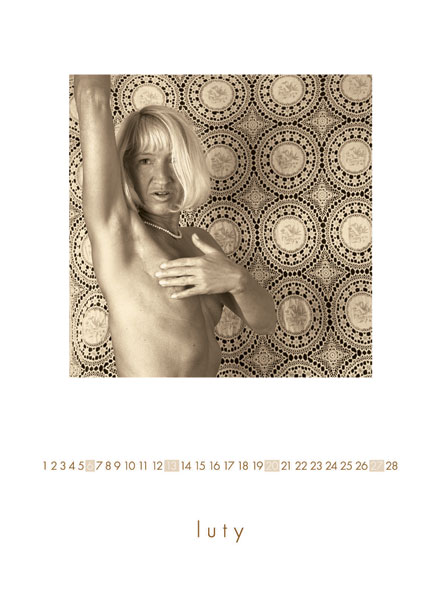 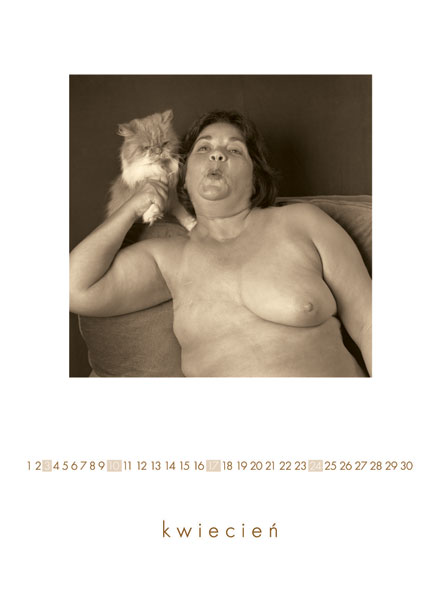 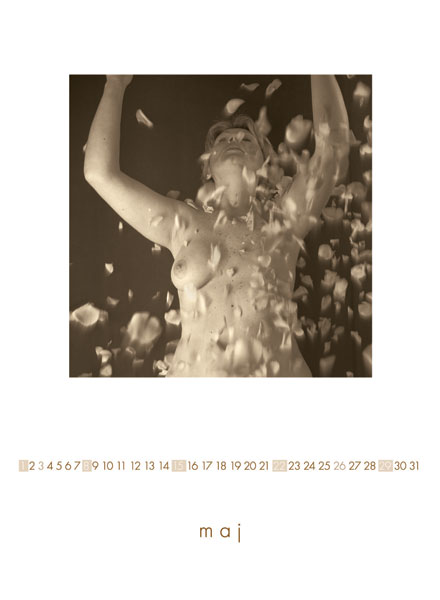 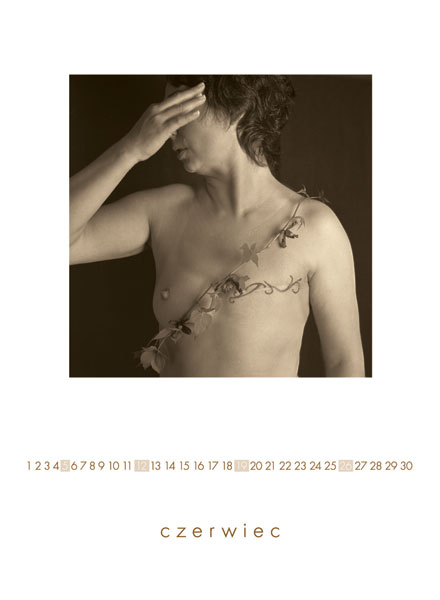 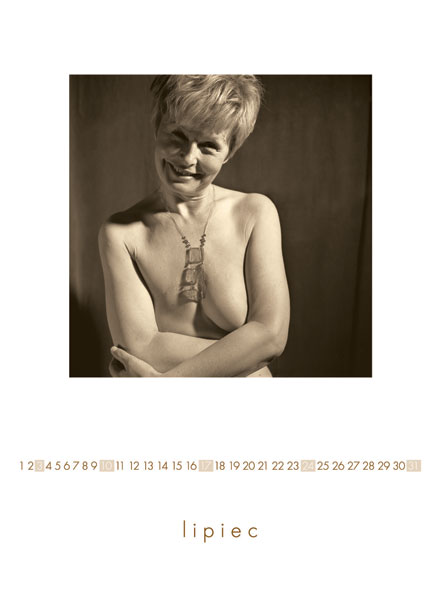 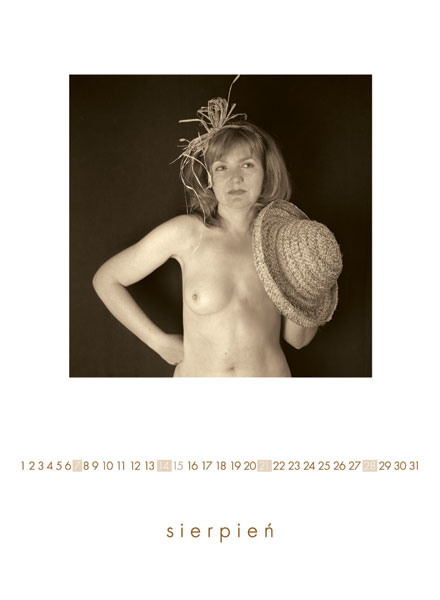 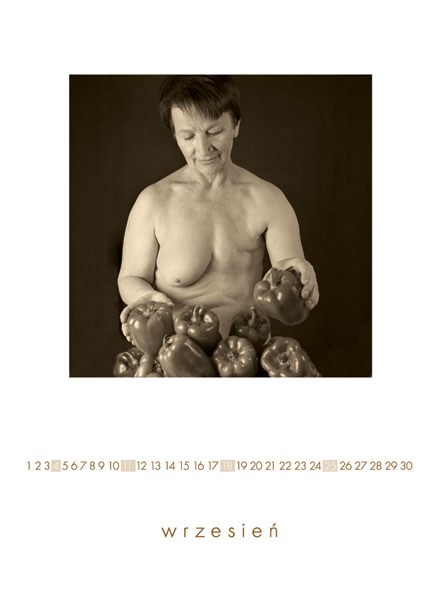 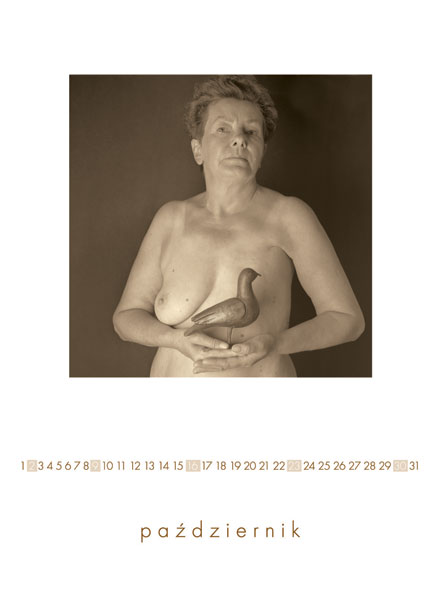 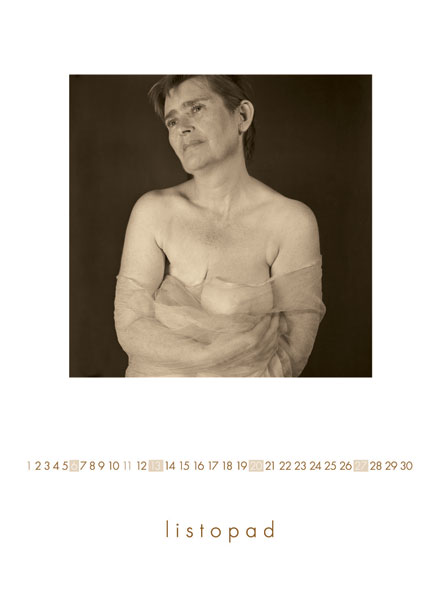 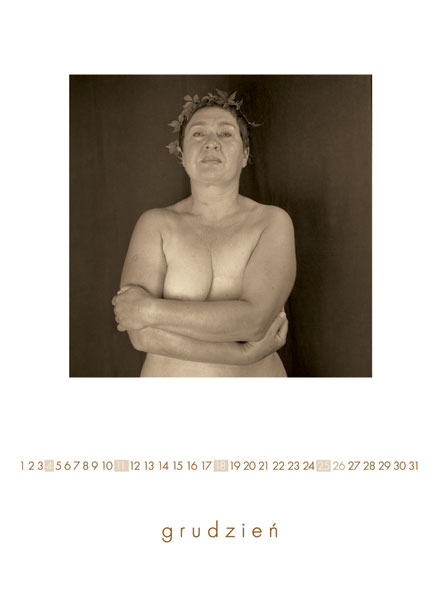 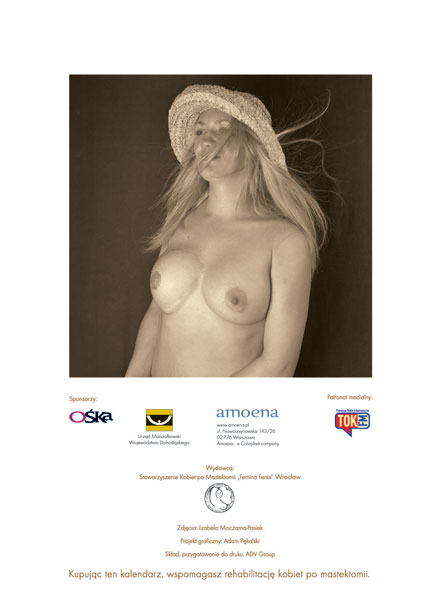